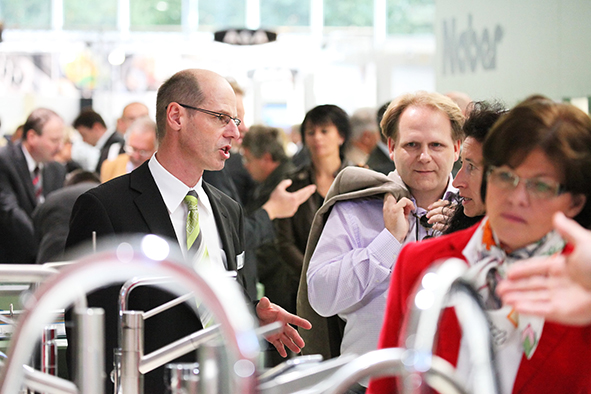 the assessment by küchentrends gmbh of the order trade fair area30 in "löhne – the kitchen capital of the world" is extremely positive.

with 9,352 interested and enthusiastic trade visitors as well as highly satisfied exhibitors, the second area30 as part of the eastern westphalian autumn in-house exhibitions / kitchen mile a30 / kow exceeded all expectations; the number of trade visitors increased by around 7 per cent compared to 2011 .

most trade visitors came from germany, followed by the netherlands, belgium, austria, switzerland and france.

"that was a really good trade fair. with almost perfect weather, all involved ensured the second area30 was a success. the intensive interaction between the trade fair company and exhibitors pays off. the new hall is very well received, the numbers of trade visitors speak for themselves, as does the order volume among the exhibitors. the positive feedback from exhibitors and trade visitors already motivates us today for the area30 in 2013," says press spokesman stefan kuchenbauer delightedly after the trade fair.

"the feedback from our exhibitors best reflects the parameters for the success of the area30: a successful blend of exclusive exhibitors and brands, a new high-quality trade fair hall with perfect framework conditions, central trade fair location in 'löhne - the kitchen capital of the world', diverse marketing and press activities in the run-up to the area30, sufficient parking spaces with prompt car park-shuttle service, superb trade fair organisation and very friendly trade fair staff," says ulrike rohde, managing director of küchentrends gmbH, summing up.

"the trade fair is a great success for all involved. special mention should be given to the 24 new exhibitors at the area30, among them many repeat visitors to east westphalia. we are already conducting discussions with companies who will also be coming to the area30 as exhibitors in 2013. some exhibitors will be enlarging their stands. the hall will simply be extended and re-planned to accommodate the larger space required, a key benefit of the temporary hall system. we thank all exhibitors and trade visitors for their trust and will be staging an excellent area30 trade fair again in 2013," says the fair's initiator michael rambach.

great mood and superb assessment among exhibitors and trade visitors.
exhibitors and trade visitors were in great mood at the order trade fair and gave an excellent assessment in their feedback forms. "people measure you particularly by the second event you stage. we did our homework together with our exhibitors and staged a top event. there are of course a few points that need to be optimised for 2013, which will make the trade fair even better. the superb collaboration with exhibitors, the town of löhne and all service providers made 2012 successful and will also make 2013 a success too," that is the conclusion of the partners at küchentrends gmbh.

special praise goes to the friendly car park attendants, trade fair hostesses and catering staff. the car park-shuttle service at the area30 as well as the many parking spaces directly at and near to the trade fair centre were also rated positively. in the fine weather, the outdoor area was visited.

facts about the area30 at a glance

focus areas of the exhibition